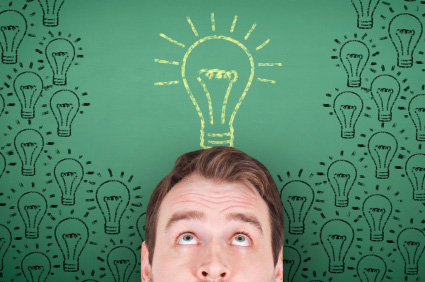 I’ve been puzzled many times on how quick some people seem to come to the conclusion “Impossible!”.

They give you the impression that they’ve got the total overview over the situation and others don’t. Have you ever met someone that made you feel small? That’s the feeling.

I read this article (in Norwegian – Google Translated to English here) and I was baffled. Three persons that seem really smart: physicians, good careers, trained in science, seems like honest hard working people with warm hearts, make a pretty harsh statement on the future of technology in Health.

Basically their point is that health technology never can take over some of the tasks that doctors do (not anything!) so we shouldn’t even explore that option as a possible better way of getting “more health for the money”. In their opinion, technology in the hands of laymen without professional supervision can be dangerous – they might use it wrong.

I’ve never seen them on any of the Health-tech-conferences I’ve attended. That, combined with the clues towards their skepticism toward technology in the hands of laymen, makes me conclude that they aren’t following too many conferences or discussion groups regarding the topic. I am going to assume that they are not very aware of what is going on on the frontiers of the field, which is mind-blowing and really promising.

“Somewhere, something incredible is waiting to be known.” (Carl Sagan)

Unfortunately most health professionals haven’t seen it yet, the revolution that technology will most likely bring to the healthcare. This is about much more than one patient – one journal, like Project Blue Button. It is about democratizing health. Empowering more people to start on the treatment immediately, instead of waiting. And it is about combatting misdiagnosis, preventing and early intervention instead of repairing.

We’re not talking about really advanced technology either, it has been done over and over again in other fields and we just need to crack a few final problems to make it work in healthcare. We have the ingredients, now we just need to find the right recipes.

The authors of the Norwegian article conclude that it is naive and reckless to promote exploring how people can measure their own health at home, with the help of technology and alerts to health professionals. Ironically, without backing it with any research, they claim that exploring such option is “not evidence based”.

Landing on the moon was not evidence based either before it was done, but it was the right project at the time. It became more and more obvious that it was doable, even years before Neil Armstrong took his first step on the moon. The Apollo Program was born almost 10 years earlier and launched one of the biggest scientific endeavors in modern time. We use technologies each day that are directly inherited from that one mission.

“Evidence based” is not the same thing as saying it isn’t worth looking into. In fact almost every time I hear someone say evidence-based, it echoes a very different meaning:

“Thou shalt not explore!”

People seem to use the words “evidence based” more when they state their subjective meaning than when they have actual hard scientific data to prove it. I think that “evidence based” often is used when you’re thinking conservative around an idea instead of exploratory.

“Evidence based” is supposed to be a term to describe that something is scientifically proved and what would be the best care to a patient, but is too often used to back a subjective meaning to warn people to not “play around”, to not explore. However, in science, it is really important to play around and explore, to generate new hypotheses and predictions that you can test. It’s a crucial part in science. We wouldn’t get evidence without generating hypotheses.

I would never discourage exploration for new and disruptive solutions in healthcare. It is like saying that “Everything that can be invented has been invented”. On the contrary, there are so many things that we haven’t discovered yet, so many problems waiting to be solved. The least thing we should do is to strangle curiosity. Off course we need to explore in a safe and ethical way, often the main argument against such exploration. But is really doing something that (most) professionals consider helpful instead of putting the person on a long waiting list unethical? What is the risk? I would say that it is far more unethical and risky to let the patient wait. “Evidence based” often serves as a warning to curiosity, instead of the original meaning: using the best current knowledge available for each patient.

No one is against evidence based care. The phrase has just lost it’s meaning and is used as an argument-killer instead.

But wait a minute, isn’t this Adaptors discussing with Innovators?

Adaptors seem pessimistic, cautious and rigid to Innovators and Innovators are seen as risky, naive and impractical to Adaptors.

We’re all Adaptors and Innovators – our position depend on the situation, topic and our willingness to accept that others might have valid points. Some people are also more prone towards one of the problem solving styles than the other.

Have you ever thought, “Why can’t you think more like me?”

It turns out that cognitive diversity, that is different thinking and competence, trumps experts in solving really hard problems. Cognitive diversity is great at solving what seems to be insolvable problems. Innovators seem to redefine the problems and come up with solutions that works around the impossible. Adaptors optimize the solutions.

I believe in bridging the gap between adaptors and innovators. We need both problem solving styles. Adaptors needs to understand that the impossible is possible when you break the rules and think outside the box. Innovators should look more for that stability, practicality and risk-reduction that adaptors bring to the table.

What to Do About Blind Spots?

Everybody have blind spots (and much bigger than we think). Me too. Blind spots are what we don’t know that we don’t know. I believe that the smarter you are, the more blind spots you’ll probably have. Quite counterintuitive, but I think intelligence has a side effect that makes you more sure that you know stuff. And being right is often childishly important to smart people, some will often stand by their statements no matter what. It is maybe because of a combination between cognitive dissonance and self-perception theory.

I try to remind myself to acknowledge this – to better accommodate my own learning, to make those blind spots smaller or get around them. Another tendency I have noticed is that the more blind spots you have, the more you think others are naive. “You don’t understand anything!” Blind spots can be detected. Some times when I detect that feeling, I try to take a step back and think what they might think that I don’t know. What are they valuing that I am not seeing? I try to bring out more of my curiosity about the other person. I can’t say that I always succeed, but at least I’m striving for it.

Could technology maybe do some stuff that humans are not that good on? Like detecting blind spots in our own reasoning? I believe that in not many years, we will never trust a doctor’s diagnostics alone (nor a psychologist’s) – it has too many biases, blind spots and errors.

In the future, we would rather first want the opinion of the computer, pre-diagnostics. Then this might lead to second opinion by a medical doctor, but only if not resolved. In many cases you will be able to start right away on the treatment without ever seeing the doctor. Great doctors wouldn’t be able to beat a good statistical real time-analysis, let alone that the computer have “consulted” millions of patients more than the doctor. New methods for interpreting data, often called “Big Data“, is emerging at a staggering pace. Such methods are far better than experts in interpreting data correctly in real time.

Truly revolutionary possibilities for health and health care in the big data would of hyperconnectivity. But also challenges. #wef14

What do you think about the future of healthcare? How can technology empower people to get better health?